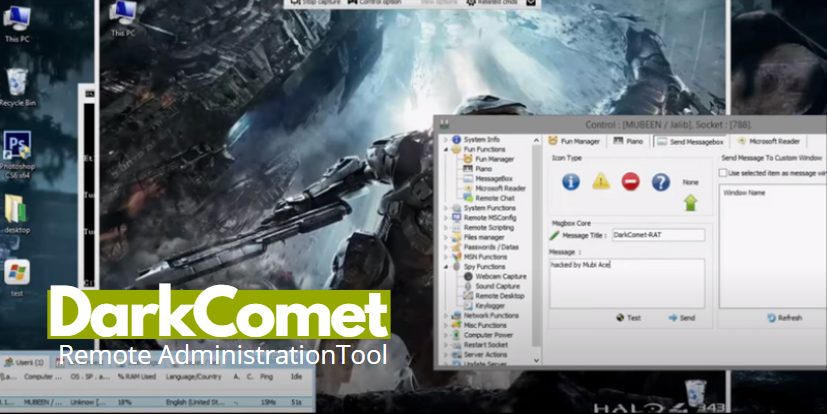 DarkComet RAt is a GUI computer RAT (remote administration tool) used to hack into remote computers and gain access to it without even touching it from anywhere in the world.

DarkComet is powerful RAT that instantly connects to the target device as the payload gets activated on the target device. Usually, remote administration tool is used for un-ethical use. So, use with caution. We aren’t responsible for any consequences.  Download DarkComet v5.4.1 legacy from the below download section.

How to dis-infect your computer from DarkComet?

There are several tools which can detect and remove the DarkComet malware. Here’s some of the known detectors:

If a user have installed an anti-malware or antivirus to his machine, they can dis-infect their machine with it easily. Mostly the Windows OS is targeted with this tool.

How to Install Kali Nethunter on Android – Step by Step Guide

Importance Of Cybersecurity In Education

What Is an Antidetect Browser and How Can It Protect You?

5 Handy Tutorials To Improve Your Skills With Photoshop Tools

How To Become A Crypto Trader Without Risking Your Life Savings

What Are Some Of The Benefits Of Using Apps For Everyday Jobs?