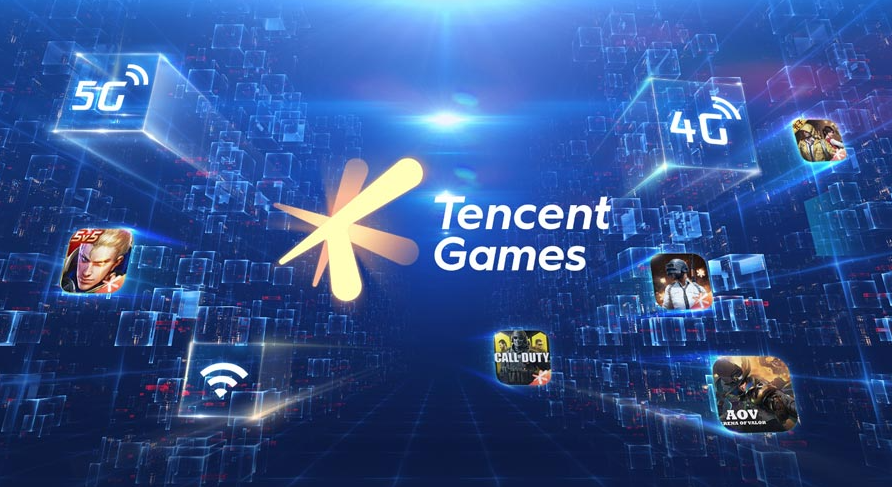 It’s no secret that Tencent Holdings Ltd., or Tencent for short, has been purchasing stakes in numerous gaming companies specifically quartered on American soil. What initially felt like a company increasing its market share is now being seen by the government as a potential risk to the United States of America citizens.

PC Gamer sources reported that the Committee on Foreign Investments in the United States, or CFIUS, has been negotiating with the China-owned company, Tencent. The CFIUS has the power to force Tencent’s divestment of American gaming companies.

Of course, Americans are aware that this isn’t the first time the United States of America was threatened by Chinese software. President Donald Trump issued an executive order preventing all transactions related to the wildly popular China-owned social media site, TikTok, for a short time.

The motivation behind the CFIUS’s negotiations fits this narrative. They want to confirm that China’s handling of data belonging to the United States citizens is done so with no malicious intent.

It seems like their intentions are being kept hidden from the public, and there appears to be no threat to the ordinary citizen. However, most of the games you play are affected by whatever government’s decision on China’s footprint in the gaming industry.

Because of this, we have prepared for you the gaming companies in which Tencent owns stock. The companies are wildly popular, and if something dangerous were to happen to American information, you’d be in trouble.

At Eldorado.gg, you can trade in-game currency, items and make real money while you’re at it. Many popular games like Runescape, Grand Theft Auto 5, League of Legends and very well known CSGO skins are on the site, so hop on over and starting trading in-game currency today.

Tencent was a majority stakeholder in Riot Games since paying $400 million for a 93% stake in the company. 7 years later, Tencent acquired the remaining 7 percent for an undisclosed amount. Tencent then became 100 percent owner of Riot Games, which was perfect timing considering League of Legends’ explosion of popularity in the eSports scene at the time.

Fun fact: Tencent asked Riot Games to forward their efforts to make a mobile game, to which they refused. Tencent, in response, released a mobile game that was basically a clone of League of Legends called Arena of Valor, which absolutely bombed. It’s no surprise that an estimated revenue of $1.4 billion dollars would blind any greedy company’s judgement.

In June of 2012, Tencent and Epic Games would become the most prominent influences on the gaming industry. Tim Sweeney – the founder of Epic – realized that the old way of buying games was fading in commonality. Because he caught that sooner than later, he was able to team up with Tencent after their $330 million investment into Epic Games to operate the “games as a service” model to their most popular game, Fortnite.

This model also translated to their development engine. Unreal Engine 4 became free-to-use in place of the monthly subscription that developers previously required to use. Instead, Tencent and Epic earned royalties on sales, which would open the company to the vast community of indie developers who were using Unreal Engine 4’s most significant competitor, Unity.

Fun Fact: Fortnite: Save the World was the hottest culture phenomenon since Pokemon and Minecraft, and it brought in a whopping $2.4 billion. This model has since gone on to feed the banks of other popular titles like Call of Duty WARZONE, which has also seen a ridiculous amount of success in the gaming industry.

As if Tentent’s timing wasn’t lucky enough to have acquired a portion of Epic Games when they did, they had secured a piece of the pie of Fortnite’s biggest competitor, PlayerUnknown’s Battlegrounds – or more familiarly known, PUBG. There are two stake purchases in and after 2017 – one for 1.5 percent and 10 percent – with undisclosed amounts.

Fun Fact: Tencent has the rights to publish both games, so it technically competes with itself. Imagine if Google and YouTube, two of the biggest search engines in the world, were owned by the same company. That would be complete insanity.

Don’t feel left out if a video game that you are playing is entirely safe from your information getting used for malicious reasons. Below is a short list of some other notable acquisitions of stakes in gaming companies that Tencent has completed when creating this post.

Disclaimer: Many of these are alleged. Not all transactions between the gaming companies and Tencent have been officially confirmed. Most of these are rumors and should be considered as such.

Tencent is a silent partner who cannot increase voting rights or ownership stake in Ubisoft, which means a hostile takeover by Tencent is impossible.

Around the time Activision and Blizzard had merged, the combo company bought Vivendi Games’s share of the company back, and Tencent took the chance to purchase 5 percent of the company. The amount has yet to be released.

Developers from The Division and Hitman franchises combined to make this company, and Tencent entirely bought that company in 2019. They have yet to release their first video game, though.

In the wake of Discord’s shower of funding – upwards of $158 million to be approximate – Tencent, among many other investors, dipped its finger in the icing for an undisclosed amount.

These are some heavy hitters in the gaming industry that most gamers are familiar with either through watching their games being streamed or signing in and playing themselves. Either way, it’s obvious why the government is freaking out about all of these acquisitions.

Are you an American gamer at risk?

Honestly, there is no way to say for sure; it is a worldwide concern as many of the companies being acquired by Tencent aren’t all in America. It’s not just America who should be concerned about any malicious conspiracy. Unfortunately, that’s all it is at the moment: a conspiracy. For now, continue to enjoy your favorite games and be safe with your information like you would when browsing the web.

Which of the game companies on the list have video games that you play? If you know of any companies that should have made this list, don’t hesitate to comment and let us know.

Also, you might feel left out with all this talk of big purchases. If you’re reading this, you probably aren’t buying 5% of any of the companies at the moment. However, you don’t have to be a bigwig to invest in video games.