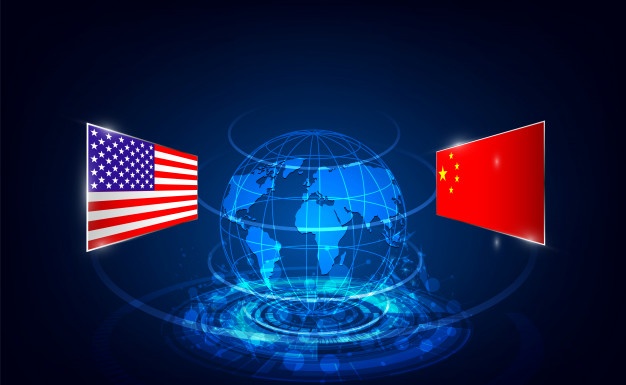 The English- and Chinese-language Webs resemble each other in many ways. For every major technology company in one language, you’ll find a parallel in the other language. Here are a few examples.

Despite living thousands of miles apart and speaking different languages, Internet users in China and the United States frequently turn to similar sites in the technology fields for their needs.

Here’s what you need to know about the twin worlds of US and Chinese technology companies.

Top 10 Tech Companies: the US vs. China

It’s no exaggeration to say that every single US tech company has a Chinese counterpart or competitor. The Chinese market is vastly different from that of America, so understanding the local consumer is key to winning both regionally as well as nationally. In a nation with a population four times the size of the US, it’s sometimes just a matter of adapting and evolving American tech innovations to the local populace’s needs and desires.

The following are the top 10 US tech companies and their closest Chinese analogs:

Web search is a vital Internet component in both the USA and China. Both major search engines dominate their markets in a category that arguably has only room for one winner. And though Google still is the market-leading search engine in the US and Western world, Baidu (as of this writing) dominates in China with a 78.4% search engine market share compared to Google’s 1.9%.

Facebook needs a little introduction—it is the preeminent social networking platform. The fact that the website is inaccessible in China makes the competitive playing field even more attractive to regional offerings. Renren quickly filled Facebook’s vacancy in the Chinese social networking space and now services over 31 million active users.

YouTube started in 2005 and was acquired by Google a year later. Across the pond, Youku was released to the Chinese video-consuming masses in 2006 as a clone of the other “You” site. The video website features content specifically for the Chinese market.

Twitter is the undeniable leader of short-form social messaging consisting of 280 characters or less. Not to be outdone, Sina Weibo’s arrival in 2009 was highly anticipated by a consumer market deprived of the US-based microblogging service. It would quickly become one of the most popular message platforms in China with over 230 million daily active users (circa Q1 2021).

PayPal was founded in 1998 as one of the first online payment and consumer finance platforms. After being acquired by eBay in 2002, the service still dominates its category. In fact, unlike most of the other US companies on this list, PayPal is allowed to operate in China, albeit with restrictions. Unsurprisingly, it poses very little threat to Alipay, the Alibaba-created Chinese answer to PayPal that now has over 1.3 billion annual active users (as of March 2020).

Huawei’s recent troubles may have overtaken the international business headlines as of late, but at the end of the day, it’s still the largest cellphone brand in the world. And despite Huawei taking over Samsung’s position last year as the world’s biggest smartphone seller, Apple still holds the title of the world’s most valuable brand of smartphone. In the end—in a global competition for business—it may come down to a matter of local consumer taste.

As a property of the aforementioned banned-in-China social networking giant Facebook, WhatsApp can only idly watch as its local competitor WeChat continues to amass users at a staggering clip—at last count, 1.2 billion.

Netflix started its video streaming service in 2007 and has since become the leading online video service for premium content. Not to be outdone, iQiyi (known as the “Netflix of China”) recently went public on Nasdaq. Unlike Netflix, iQiyi operates on a freemium model, allowing users to watch a subset of ad-supported video content for free.

Online auction site eBay is one of the more veteran internet successes on this list, having been founded back in 1995 as a simple trading platform for used goods. Taobao was founded much later in 2003 but quickly gained ground against its American counterpart through several key service differentiations: no listing or selling fees, instant purchases, and more.

In fact, Taobao’s tactics were so effective that eBay almost gave up its ambitions in the China market. eBay is still available from within China, though these days Taobao is more popular by a wide margin.

Cybersecurity: the US vs. China

Clearly, all of the above digital enterprises—both Chinese and American—have a critical need to protect intellectual property across borders. Of course, accusations of IP theft are not just relegated to the US-China tech rivalry arena, as the 2015 Sophos-Fortinet settlement and the 2018 Apple-Samsung patent settlement illustrate.

For the governments of the world’s two largest economies, respective national security concerns make cybersecurity innovation itself a crucial focus. The US makes regular cyber startup investments through its In-Q-Tel venture capital firm while China is seeing its own fledgling cyber startup community emerging. Unsurprisingly, China has the largest smartphone market in the world, and its cybersecurity firms tend to be stronger in the mobile app security space.

It’s worth mentioning that the previously mentioned US-China tech company pairings are mostly concerned with consumer offerings. When it comes to B2B offerings, the playing field narrows drastically—and even more so for government customers. For example, the U.S. and TAA-compliant countries are forbidden from using Chinese-manufactured products or components in their bids for government contracts.

Many argue that the US-China tech rivalry is a competition with no winners. Indeed, digital service providers and platforms, software and hardware vendors, and computing manufacturers on both sides continue to be crippled by geopolitical roadblocks impeding open innovation and trade. Others maintain that a fundamental lack of trust, transparency, and fairness between the world’s two largest trading partners will continue to leave the global tech world divided.