The Problem Of Hackers in Video Games 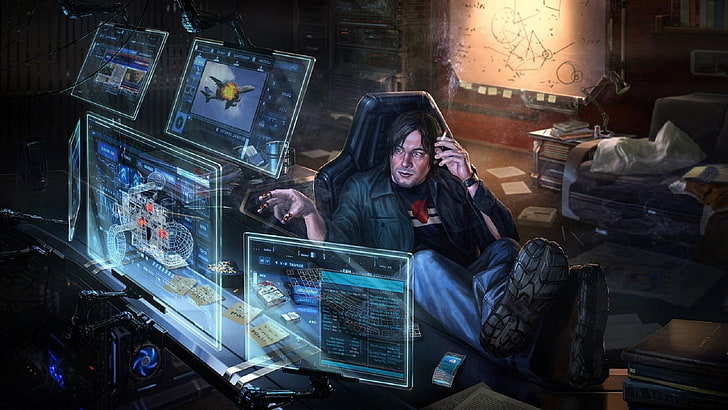 Gamers all over the world see the release of hundreds of games every year. Some of these games manage to win awards and reach the top of the charts, while others fail to get any recognition. Despite this, each game is created by a team of hardworking developers who work day and night to create something that will be appealing to their target audience.

Games like World of Warcraft, League of Legends, Dota 2, Grand Theft Auto, and a couple more are considered some of the best games of all time. These games have a special place in the heart of millions of people across the world. Even though some of them were released more than a decade ago, they are still being played by thousands every day. And speaking of World of Warcraft, if you’re currently involved in this MMORPG, make sure to check out

the Sepulcher of The First Ones Boost as this can help you greatly in the third and final raid of the Shadowlands expansion.

Now, when a new game is released, players encounter a lot of problems with it during the first few days. For instance, Call of Duty’s battle royale game, Warzone, was filled with bugs and glitches during its initial days, and a lot of players were unable to play the video game properly because of them. The developers, however, were quick to take action, and they took care of all the bugs and glitches to improve the game’s state. Even though players still encounter such problems in Warzone, the number of bugs has reduced significantly.

The Rise of Hackers

But the problem with multiplayer games isn’t bugs and glitches. Not even the lack of content. The real problems are the hackers and cheaters who enter the game to ruin the gameplay experience of many players. Hackers have appeared in multiplayer video games since they were first released, and their number is always growing.

The thing about these hackers is that they don’t like playing the game by the rules. Instead, they set their own rules. They like to become the best player in the game, not by relying on their skills but by using third-party software.

At the time of writing, there are many third-party software that help these hackers with getting the upper hand during a match. For instance, hackers and cheaters in Warzone are mostly caught using Aimbot, a software that lets them accurately land their shots on the targets, no matter where they are aiming. Even if they fire at the sky, the bullet will land on their target. This is how troublesome this software is.

Aimbot isn’t the only thing used by hackers. They even use various wallhacks that let them see through walls. Some even allow them to fire through walls, which gives the other players no place to hide. You might be casually sitting behind a wall, and a hacker will take you down from far away. The worst part is you won’t be able to tell what exactly happened to you.

These hackers and cheaters have ruined the state of many games. PUBG a popular battle royale game, is a big victim of such hackers. The PC version of the game is known to be swarming with hackers, and the mobile version is no different. Thousands of new hackers appear in the video game every day, even after the developers banned many of them.

Some hackers even use software through which they become immortal. No matter how many times you hit them, even if you send a rocket straight into their face, their health won’t go down even by 1%. This is why you’ll see most of the hackers wandering around in an open field, an area where you normally need to be extra careful. Hackers also have unlimited loot in their inventory. They don’t worry about running out of ammo or anything. Their main focus is just finding players and killing them, nothing else.

If you’re wondering what such people gain by using cheats and hacks in games, it’s nothing but the feeling of being the top player in the match. They don’t care which methods they use. All they want is to have their name on the top of the charts. Some of them also use these hacks for fun, as they just don’t like players having a “normal” experience.

These hackers are not limited to just regular people. There have been times when even professional players have been caught using hacks during different esports tournaments. Because of this, they have been banned from competing in any other tournaments, and they have ruined their entire career because of these hacks.

Apex Legends was also once swarming with such hackers. The game managed to attract 50 million players doing its first month, but this number soon went down as players started encountering hackers in the game. They claimed that their gameplay experience was constantly getting ruined by such players and their only option was to quit playing the game. But Respawn Entertainment started taking drastic measures and improved the state of their game to such an extent that the player base increased to 100 million players.

However, even though different video game developers try their best to eliminate hackers and cheaters from their games, they are unable to prevent new ones from coming to the surface. No matter what they do, they just can’t put a stop to them. Many developers have even issued hardware bans to thousands of players. Such type of a ban prevents these hackers from playing with the same PC or Laptop again. However, they still find a way to come back to the game.

At the time of writing, there is no permanent solution for putting an end to hackers in online video games. They have and will continue to ruin the gameplay experience of everyone. Until and unless someones come up with something that can make them go away for good, we will continue seeing them in games. The worst part? Every day, they are developing new software and are coming up with new ideas to take cheating to another level.