Step By Step Guide to Partition Disk In Windows 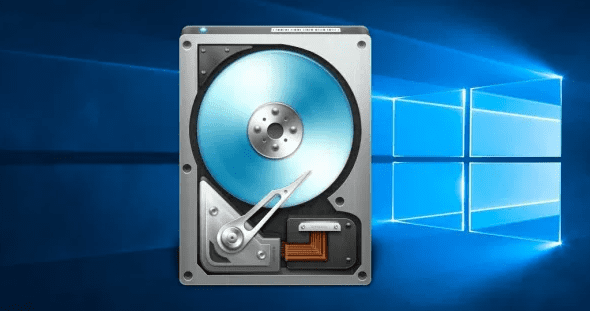 Have you ever heard about the term disk partition before? Disk partition is often related to the partition you can always do on the desktop. The disk here is the kind of storage where you store all the files within. It can be HDD, SSD, or others.

Disk partitions usually have one goal: to manage and adjust the data more effectively so they won’t take much space and everything can work as expected. As mentioned above, the hard disk is the storage when you store all your data, including the media.

In relation to the hard disk, the partition is to divide the function of the hard disk into several parts to make it easier for computers and users in the process of operating the system.

The hard disk partition is also known as the drive letter. Although it can be omitted, the default of this hard disk division will be labeled in the form of letters of the alphabet from A-Z. A partitioned hard drive will generally have a drive letter or label for each drive or space.

To do partition, you need a particular software. While searching for it, we highly recommend using VPN as well. It’s always better to install top Windows VPN instead of the free ones. They work better, are safer, and may offer more benefits. And other than that, the price is always worth the value.

Partitioning or dividing the hard disk is something that must be done so that the operation of the computer can run optimally. The spaces that have been divided can also be used to store various kinds of data. Below will be explained about the function of the hard disk partition.

1. Make it easy for users

The function of partitioning a hard disk is to make it easier for users to access the data. If all data is stored in one partition, it will be very confusing for users to search, especially with long roots.

Basically, this hard disk partition’s first advantage is that it helps users localize the management of stored data according to their function.

This second function is no less attractive. The reason is that the storage area becomes more structured by partitioning the hard disk. This is because the data management can be stored according to their respective functions and duties.

By partitioning the hard disk, file management or management also becomes easy. Finally, it will have an impact when an error occurs in the system, then the data stored on other drives will have no effect.

This also applies if the user wants to delete one drive, the data on the other driver will not be deleted either.

If all the data is stored in one place or drive, the computer’s performance will be slow when the index file process or file search is on a computer drive.

It is different when the hard disk is divided into several spaces according to the functions and tasks of the data itself. The computer will work faster and optimally.

In this context, data becomes more secure if an error occurs on the drive that stores data related to system management, then the other drives will have no effect. This is certainly very beneficial for the system and users.

The worst impact, all data stored on the hard drive will be deleted from the computer. Thus, the data on the partitioned drive will not be lost by partitioning the hard disk.

Step By Step Guide to Partition Disk In Windows

6 Benefits Of IT Recruitment Agencies